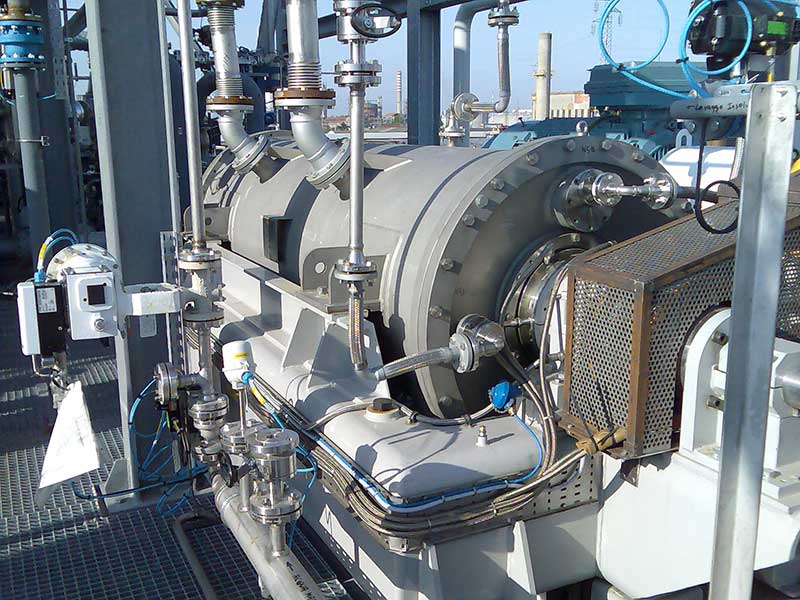 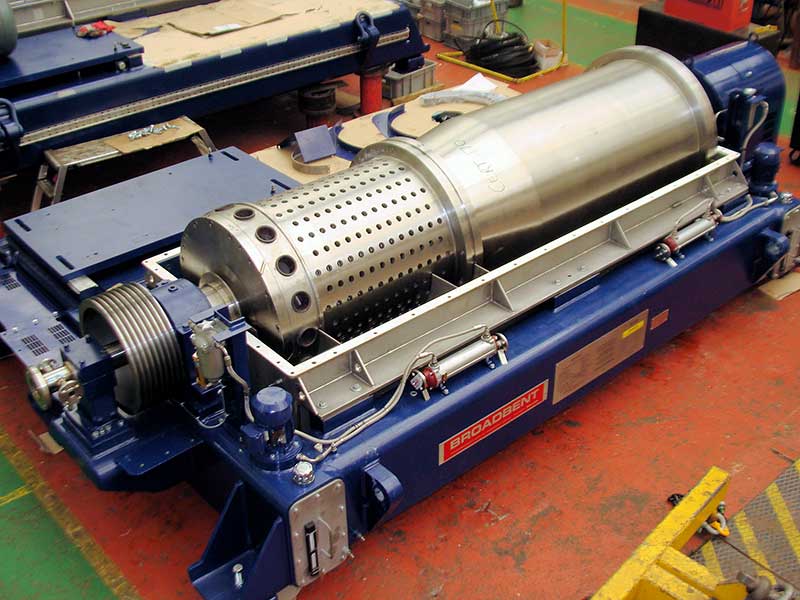 The commonest form of decanter is the solid bowl decanter. It is used in to dewater slurries in many process applications, such as:

We offer an extensive range of sizes, capacities and materials of construction (the size range table below gives more detailed information). We also manufacture fume-tight and pressure decanters for specialist and hazardous applications. 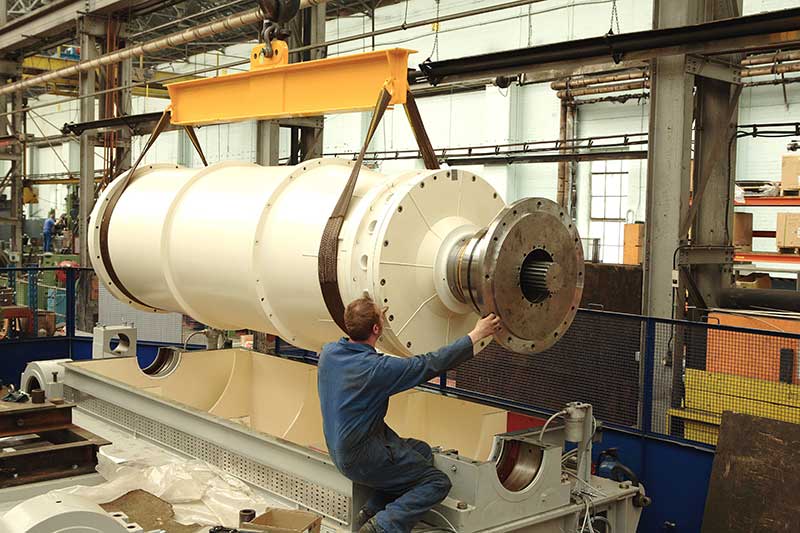 The screen bowl decanter centrifuge is operationally similar to the solid bowl units, but provides greater washing efficiency and enhanced moisture removal in applications involving crystalline materials. The screen bowl decanter operates in two stages, combining the clarification and sedimentation advantages of the solid bowl centrifuge and the dewatering benefits of an additional screen section. These centrifuges are typically used for processing BPA, PX, some minerals and polyolefins.

Would you like to assess the results achievable with a decanter centrifuge? Find out more in our Process laboratory section

The fundamental principle of a decanter centrifuge is the acceleration of sedimentation under gravity. Diagram (a) below shows a simple settling tank with a continuously moving scraper removing the settled solids at the left-hand end. The liquid flows over the scraper blades and leaves the tank at the right-hand end. According to Stokes’ Law, the rate at which a solid particle within the tank will settle depends on a number of factors including the relative density of the solids and the liquid, the size of the particle and the acceleration due to gravity.

If the tank is transformed, as shown in Diagram (b) into a tapered cylinder (c) and the cylinder is rotated at high speed about its centre line, a high centrifugal g-force is exerted on the liquid and solids. This centrifugal g-force replaces the acceleration due to gravity in Stokes’ Law and results in rapid sedimentation of those particles of greater density than the liquid. The continuously moving scraper in (a) is replaced by the helix shown in (c), which transports the solids out of the tapered end of the cylinder allowing continuous separation. The original settling tank (a) has now been transformed into a decanting centrifuge (c).

There are many variations of decanting centrifuges in use in a wide variety of process applications: however the basic principles outlined above apply to all decanter centrifuges.

Broadbent decanter centrifuge designs are available with capacities up to 200m3 / hour of feed and provide:

available in a wide range of materials of construction.